Houses, housing, and inquality in the distant past 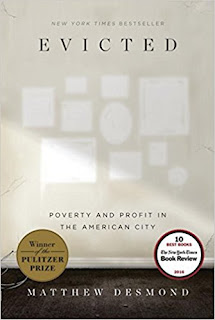 When people talk about the relationship of residences--the places where people live--to social inequality and other aspects of society today, they talk about "housing." But when archaeologists talk about residences, we usually talk about "houses," and not "housing." This distinction is on my mind because I just finished reading Mathew Desmond's outstanding book, Evicted: Poverty and Profit in the American City (2016). This is the best book I have read in a long time and there is much to talk about. Go read the book, it's really fantastic; I'll devote a blog post to the book before long. But first I want to use the book as a stimulus to explore the differences between they way archaeologists talk about houses in the past and the way sociologists (and others) talk about housing in the present. One of the questions on my mind is methodological: how can archaeologists get at issues of housing and inequality in our studies of ancient urban houses?

Houses in the past

When archaeologists talk about residences in the past, the focus is on the house, or the physical structure in which people live. We are concerned with how these were built: what were the construction materials and where did they come from? What kind of techniques were used by the builders? How big were houses? How much effort and materials were needed to build a house? Can we estimate the number of people (or at least the number of households) who lived in a specific house? Our focus on these things is natural, given the kind of fragmentary evidence we have about houses in the past.

Archaeologists have found that the size of houses can be a good measure of inequality in the past. This information can be used for social class analysis (Olson and Smith 2016), or for the study of continuous wealth inequality using measures like the Gini index, based on the assumption that house size was an index of household wealth ( Smith et al. 2014). For the first, time, archaeologists are beginning to accumulate enough cases of inequality in house size, measured with the Gini index, to draw some conclusions about past inequality (Kohler et al. 2017; Kohler and Smith 2018). As more archaeologists quantify their data on houses and settlements, our understanding  of levels of past inequality will continue to improve.

While this is a productive development in the archaeology of social inequality, reading Matthew Desmond's book Evicted makes me wonder if we can do better by using the concept of housing.

The study of how housing relates to social inequality today goes far beyond the topics of architecture and house size. Major questions include: Who builds housing units? Who owns them? How do residents get access to housing? And can residents who rent create a stable pattern that avoids frequent moves? These are the issues explored in Evicted through detailed case-study ethnography, coupled with scholarly documentation of patterns in the endnotes. Can archaeologists get at any of this?

When archaeologists use the term "housing," the word is usually used informally and not analytically. That is, we may use the word, but just to talk about the standard issues of ancient house form and size outlined above. I was rooting around for a relevant scholarly definition of "housing," getting frustrated that writers on housing today don't see the need to define the term. Maybe "everybody knows" what it means, but still, it is sloppy practice to not define one's terms. Then I checked my own paper on the topic (Smith 2014a) to see how I defined the term. Oops! No definition! I am guilty here too. In that paper I talk about types of urban house units in the premodern world, but "housing" is not used as a formal concept.

Housing in the past?

Can archaeologists approach the question of who built housing in cases where we lack written documents? I think that the analysis of standardization in housing can allow us to make reasonable inferences on whether housing was built by the state or another formal institution (e.g., a temple community), or by residents themselves. But standardization of architectural forms is a tricky question. Today, some housing is obviously standardized--such as contemporary Mexican ex-urban developments or mid-twentieth century socialist housing in Europe--and other housing is clearly informal, which usually means non-standardized.

First, precisely what is or is not standardized? It can be the size of a dwelling, principles of layout, materials used, construction methods. Second, who is doing the standardizing? Individual self-builders? While this often leads to variability in house form, when builders deliberately stick to a cultural norm, as in much vernacular architecture, the result can be standardized forms. Or is standardization created by professional builders and architects? By the state? Or by the capitalist market and zoning regulations (as in urban and suburban developments today)?

It turns out that standardized housing is a complex topic, one that is not very well researched in the fields of housing and architecture (and almost never by archaeologists). Drawing on my model of premodern urban planning (Smith 2007), an archaeologist might associate standardization of housing over an entire city, or city sector, with the actions of the state (e.g., Olynthus or Teotihuacan). Standardized housing on the scale of a neighborhood might be created by the state or by professional builders working for clients. And nonstandardized housing suggests auto-construction by house owners (Turner 1991; Ward 1973).

Another domain where archaeologists can begin to approach issues of housing and inequality, parallel to scholars of the modern world, is residential stability.  In another paper (Smith 2014b), I cited contemporary social-science research showing that urban residential stability is associated with higher standards of living, lower levels of crime, and other measures of community well-being (one thread of this research is referred to as social disorganization theory). I drew on sociologists such as Robert Sampson (2012). I argued that similar dynamics (linking residential stability to positive community outcomes) probably characterized premodern cities as well. I presented some evidence from my studies of Aztec communities showing that the houses I excavated in wealthier communities tended to be occupied continuously over long periods, whereas the houses in less well-off communities showed more discontinuity in occupation. I develop this argument in my (award-winning!) popular book, At Home with the Aztecs (Smith 2016). I wish I had been able to read Desmond's Evicted before writing my book. It is the most eloquent (and empirically compelling) discussion of the negative effects of the lack of residential stability, caused by evictions.
But these efforts are just a beginning. Archaeologists need to take a closer look at research on contemporary cities and housing, and devise creative ways to put that knowledge to work in explaining the past. And scholars of contemporary housing might pay attention to some of the better archaeological research to get an idea of the longevity of patterns and the historical depth of systems of social inequality. But a point I make in Smith (2010) is that unless archaeologists analyze our data in ways that foster comparison and conceptual advance, it won't be comparable at all to the modern world, and any such comparisons will be facile and superficial. 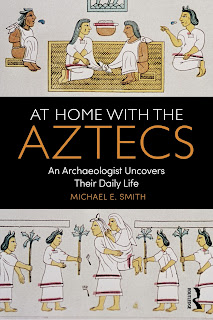 Email ThisBlogThis!Share to TwitterShare to FacebookShare to Pinterest
Labels: Ancienet cities, Housing, Inequality
Newer Posts Older Posts Home
Subscribe to: Posts (Atom)
"Wide Urban World" is a blog about cities as viewed from a broad historical and comparative perspective. As Winston Churchill said, "The farther back we look, the farther ahead we can see."