New, rapidly growing places can reveal the patterns and processes of urbanization, sometimes more clearly than traditional cities. I have a group of students working right now on neighborhood organization in what we are calling "semi-urban settlements." This category describes newly-formed residential places, typically with a special purpose, that have rapidly grown into large settlements. If these settlements exhibit neighborhood organization (and it appears that most or all of them do), this would support the notion that neighborhoods are a fundamental component of human settlement.

A second level of analysis focuses on neighborhood dynamics. Are neighborhoods in semi-urban settlements homogeneous or heterogeneous in terms of various social parameters? That is, do they have clustered ethnic or religious groups? Are they formed by the bottom-up actions of residents acting on their own, or are they formed by the top-down actions of authorities who plan and administer these places? And once established, is life in these places more influenced by bottom-up or top-down forces? We hope to find some answers to these questions.

So what semi-urban places are we including in our sample? Here is our current list (subject to modification):

Large-scale contemporary camps:
Temporary concentrations of nomads:
Practical settlements (see "the city as practical machine")
We may also include informal settlements (squatters settlements) and some other settlement types in our project.We think that by investigating neighborhood dynamics at these varied kinds of "semi-urban" places, we can achieve two ends. First, we may illuminate aspects of the social and spatial organization of these settlements. Second, we hope that these cases will help us understand urban neighborhood dynamics in general. Part of the impetus for this study is to explore some of the themes of our recent joint article .

Posted by Michael E. Smith at 2:28 PM No comments: 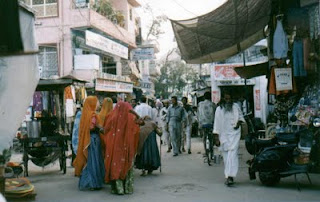 Many modern cities are segregated by race, class, or other parameters, and mixed neighborhoods seem rare. Most people believe that this is not a good situation, for many reasons. Much effort is devoted to trying to reduce the degree of segregation, and there is much research about how to do this. Some writers suggest that in the distant urban past, there were more mixed neighborhoods, and homogeneous neighborhoods are a modern phenomena. Others suggest that traditional cities always had neighborhoods organized by ethnicity or class or occupation. What is the truth here? What do we know about the extent of social clustering in premodern and nonwestern cities? When people who are alike cluster in neighborhoods, is this because they prefer this arrangement and make decisions to bring it about? Or are they forcibly clustered into ghettos, and then prevented from moving by laws and other top-down practices? Or perhaps such patterns arise as byproducts of other actions and decisions? If we study these things for premodern cities, can we derive any lessons for modern urbanism? 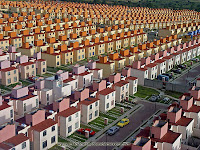 These are some of the questions that motivate a research project I am involved in called "Urban organization through the ages: Neighborhoods, open spaces, and urban life." It is part of a series of transdisciplinary research projects at Arizona State University called "Late Lessons from Early History." One of whose goals of this program is to make comparisons between modern and past societies and try to draw lessons for modern society. If you have followed this blog, you will know one of my main purposes here is to explore connections and comparisons between premodern and modern cities. Not only do I write about both modern and ancient cities, but I often compare them or use examples from both categories to make a point.

Our research project has six principle investigators, representing the disciplines of anthropological archaeology (yours truly), sociology, geography, and political science.Our first joint article was published over the summer:

I'd like to be able to say that we have solved the historical puzzles of urban social clustering and segregation, but alas, we have only made a modest contribution. We describe our transdisciplinary and comparative approach to the problem; we discuss a number of drivers or forces that contribute to social clustering at the neighborhood level, and we give a few examples of how these have played out in different historical and geographical settings. We use the term "clustering" because the word "segregation" has considerable baggage in modern parlance, with implications that limit its application to premodern cities. There was ethnic clustering in many premodern cities, for example, but the dynamics were quite different from modern racial segregation. Clustering is a  more neutral term, better for comparative analysis.

Another conclusion is that patterns of social clustering vary greatly, both within and between urban traditions. There is no such thing as a "typical" medieval European urban pattern; some medieval cities had homogeneous neighborhoods, some had mixed neighborhoods. There was no typical "Aztec" pattern or "Islamic" or "Chinese" pattern. Cities varied in their neighborhood organization within cultures or within urban traditions.

And a third conclusion of our paper is that there are many causes or drivers of clustering, and in any given city several of these are likely to play a role. We organize them into four broad categories, each of which has several individual drivers:
Our next job is to refine our scheme and apply it to a greater number and range of case studies, with more systematic and in-depth analysis. Stay tuned.

Email ThisBlogThis!Share to TwitterShare to FacebookShare to Pinterest
Labels: Neighborhoods, Social clustering
Newer Posts Older Posts Home
Subscribe to: Posts (Atom)
"Wide Urban World" is a blog about cities as viewed from a broad historical and comparative perspective. As Winston Churchill said, "The farther back we look, the farther ahead we can see."