Were ancient societies more egalitarian than we had thought? 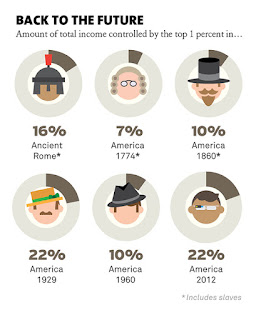 I just got a request from a journalist to comment on the notion that archaeologists are now finding that ancient societies may have been more egalitarian than archaeologists had once thought. Here is a pretty close version of my response:

First, it doesn’t mean much to say that ancient societies were more or less egalitarian than we had thought. For hunter-gatherers and small-scale farmers, the situation is the reverse. Traditional models held them to be egalitarian, and we now know that many cases (but far from all) had significant levels of inequality. Some of the papers in our recent Amerind symposium show this. While this isn’t a particularly new idea, it has taken scholars some time to acknowledge this, and we now have better quantitative data. 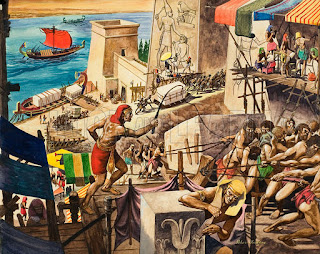 For state-level societies, I don’t know of any overall scholarly trend of saying things were more or less unequal than thought previously. We now know that there was tremendous variation in how ancient states were organized. One trend, though, is that scholars (and the public, and certainly the National Geographic Society) used to think all ancient kings were autocratic and despotic, ruled their people with an iron fist, and controlled everyone’s life. Pyramids built by slaves being whipped by overseers was a common image. Few archaeologists will admit to this view, but they dress it up in fancy theoretical terms (Foucaultian power, hegemony, and such) that say the same thing: ancient rulers tried to control everyone's life. 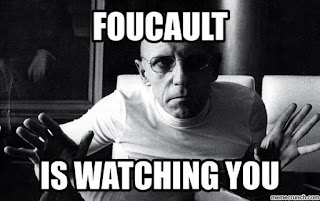 The biggest advance in understanding ancient states in the past few decades is Blanton and Fargher’s 2008 book.They show that premodern states (all of their cases are based on historical or ethnographic data, not archaeological) can be arranged along a continuum from autocratic to collective. They have rigorous methods of measuring their scale in each of 30 societies, and they have a theory that explains the variation. Basically, if you have to tax your subjects, then you must be nice to them, provide public goods and not be too tyrannical; these are more collective regimes. But if your revenue comes from outside (say, from trade or conquest), then you can treat your subjects like dirt, and be despotic. There is a counter-intuitive element here, which is that collective regimes mess with people’s lives to a great degree (to count them, tax them, and keep track of things) than do autocratic regimes. This is what Michael Mann calls infrastructural power. Despots leave people alone, they don’t try to control their lives; they just don’t care what their subjects do. Many archaeologists still have not gotten the word about this, and they still claim that autocratic tyrants in the past were trying to control everyone, which is really quite a silly idea when you have read the literature. 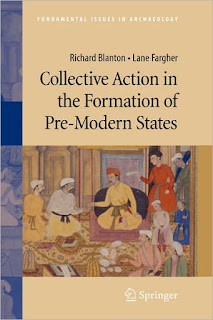 Unforetunately, Blanton and Fargher's model has taken a long time to get established. I don’t fully understand why, although it might be due to the fact that some parts of archaeology has become very post-modern and humanities-oriented, with fashionable social theory being more important than scientific methods and data. Blanton and Fargher are scientific and empirical, so lots of archaeologists ignore their work for that reason alone.

The implication of this for the basic question (about levels of inequality in the past) is that it seems to be the case that more collective regimes are associated with lower levels of social inequality than are more autocratic regimes. This is certainly the case for the modern world (democracies have less inequality than dictatorial regimes, etc.). But for the premodern world, this association has yet to be established conclusively. Unfortuantely, Blanton and Fargher do not address the question of levels of inequality. Our Amerind seminar project may support it – but that will depend on some synthetic data analysis that is only just now starting. So, IF this association of regime type with inequality holds up for ancient times, then the recognition that collective regimes were far more widespread than thought (i.e., collective rule did not begin all of a sudden in Athens), does suggest that many ancient state socieites had lower levels of social inequality. But the proof is in the pudding, and I’m not willing to come out and declare this conclusion until we have analyzed the data. 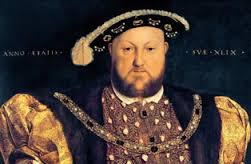 Also, there is an ideological element to claims of lower inequality in the past. It is true that archaeologists are now working more on houses and households, not just considering kings and pyramids. And one common tendency is to claim that these ancient people we study were more successful and independent and prosperous that we used to think. But given that our old models were completely unrealistic pictures of domination and suppression, the new ideas are due less to new findings than to theoretical fashions and changes.

That said, I do think I have made a case for prosperous Aztec commoners in my book, At Home with the Aztecs. Check out the book’s website for some journalistic articles and publicity that covers some of the content.  http://smithaztecbook.wikispaces.asu.edu/ 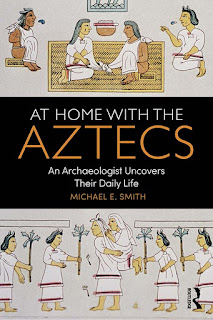 Email ThisBlogThis!Share to TwitterShare to FacebookShare to Pinterest
Labels: Inequality, Political regimes
Newer Posts Older Posts Home
Subscribe to: Posts (Atom)
"Wide Urban World" is a blog about cities as viewed from a broad historical and comparative perspective. As Winston Churchill said, "The farther back we look, the farther ahead we can see."