Sometimes a cigar is just a cigar 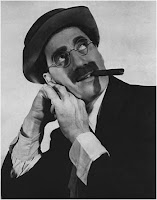 People sometimes think that ancient cities and sites must always have some kind of sacred symbolism. One idea is that the entire material world was sacred in ancient times, but we have since lost the symbolism sometime and now live in a degraded, secular world today. Personally, I don't think ancient people were any more obsessed with sacred symbolism than people are today. But this notion that ancient people were wild with symbolism is common today. In  my opinion, however, "sometimes a cigar is just a cigar" (it turns out that this statement, often attributed to Sigmund Freud, cannot be verified. But it is still a great phrase that applies to ancient symbolism).

I am going to discuss two examples of this attitude as applied to the layout of cities and buildings. But first, a few words about pictorial decoration as symbolism in general. Maybe you think you can identify ancient sacred symbols just by looking at them. Well, consider ethnographer
Ruth Bunzel's (1929) study of Southwestern pueblo pottery.  Here is what she said about Hopi designs:

"Among the Hopi,  there are no 'stories,' that is, no complex situations influencing the affairs of man. Nor is any magical potency ever imputed, even secondarily, to designs. Designs, when they have any significance at all, are pictures of material objects ." Bunzel (1929: 70).

Yet many people have looked at the nice Hopi designs and assumed that they must be sacred symbols. Bunzel found the same thing for the potters of Acoma:

" At Acoma there is no trace whatever of symbolism in design. Even my most communicative informant could give no meaning of any kind. She said, 'We have only three names for designs: Red, black and striped. The designs to not mean anything'." (Bunzel, p. 71).


Now I turn to city symbolism. In his book, The Secret Plan of Canberra, author Peter Proudfoot argues that planner Walter Burley Griffin, who laid out the Australian capital Canberra around 1910, incorporated secret Theosophist symbols into the design.Theosophy was a system of esoteric philosophy popular in the nineteenth century. I don't find Proudfoot's argument at all convincing, and the book reveals far more about his own ideas than about the plan of Canberra.


My second example is the palace of El Escorial, built for Philip II in the 16th century outside of Madrid. René Taylor (1967) argues that Philip's architect was into esoteric philosophical symbolism and designed the building to express these symbols. He could not let anyone know he was doing this, however (including Philip), since his beliefs were against the teaching of the church, and the Spanish Inquisition was in full swing. (But NOBODY expects the Spanish Inquisition). George Kubler (1981:128-130) has an easy time critiquing Taylor's rather screwy interpretations. Again, like Proudfoot's account of Canberra, Taylor's odd theory reveals more about his own thinking than about the plans of El Escorial or the thoughts of its designer.


I had the good fortune to spend some time around El Escorial at a "Curso de Verano" on the Aztecs a number of years ago. Hosted by my friend and colleague José Luis de Rojas, this was a very nice week-long course with several Aztec specialists and an excellent audience of students and others. José's new book on the Aztec capital Tenochtitlan will be released shortly; it is an excellent book.

Anyway, back to Sigmund Freud and Groucho Marx (I'd like to include some Groucho Marx quotes about cigars, but I can't because this blog is family-rated). In a couple of journal articles I have criticized the notion that ancient Maya cities were sacred symbols (Smith 2003, 2005). I am not sure why many people today—both scholars and others—have the idea that ancient peoples were obsessed with death, with myths, and with sacred symbolism. There is a nice You-Tube video on the myth that the ancient Egyptians were obsessed with death. But if one takes a skeptical and empirical (that is, scientific) perspective, there is remarkably little hard evidence for an ancient preoccupation with sacred symbolism. This notion seems to fit our modern biases and preconceptions about ancient people, so it gets tossed around in the absence of evidence. Sometimes, a cigar is just a cigar. 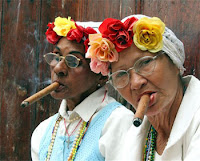 Taylor, René
1967    Architecture and Magic: Consideration on the Idea of the Escorial. In Essays in the History of Architecture Presented to Rudolf Wittkower, edited by Douglas Fraser, Howard Hibbard, and Milton J. Levine, pp. 81-109. Phaidon Press, London.

Posted by Michael E. Smith at 2:13 PM No comments:

Email ThisBlogThis!Share to TwitterShare to FacebookShare to Pinterest
Labels: Cigars, Symbolism
Newer Posts Older Posts Home
Subscribe to: Posts (Atom)
"Wide Urban World" is a blog about cities as viewed from a broad historical and comparative perspective. As Winston Churchill said, "The farther back we look, the farther ahead we can see."