Is there a science of human settlements?

I returned two days ago from a meeting with our scaling group at the Santa Fe Institute. We started working on "urban scaling" in premodern societies a couple of years ago (for some background,  see this post,   or this one). We quickly became convinced that the scaling models should apply to all human settlements, urban and non-urban alike. Rural settlements in an urban society should conform to the scaling regularities, as should settlements in small-scale farming societies without state institutions. We now have data that confirms the latter. And according to the basic behavioral model that underlies the scaling project (Bettencourt 2013), even the non-permanent settlements of hunter-gatherers should display similar quantitative regularities.

At this meeting, we decided to "go public" with the project. We decided on a name for the project, and we will soon set up a website. We are:


"Settlements as social reactors: Data, theory, and models through history"

The project directors are:
(Rudolf Cesaretti (ASU) was our Research Assistant last year, and Caitlyn Davis (Colorado) is a Research Assistant this year. John Hanson will be a postdoctoral scholar (at Colorado) for the project starting in January. We have been funded by the Santa Fe Institute, the ASU-SFI Center for Biosocial Complex Systems, and a grant from the James S. McDonnell Foundation to Scott Ortman).

We have a model, a theoretical approach, and growing data that can be described as a "science of human settlements." We don't claim to explain everything about human settlements, but we do have the tools to explain a number of key features in a rigorous scientific fashion. When I got back from Santa Fe, I decided to gather information on past comprehensive scientific approaches to human settlement in order to have some background for our own contributions. But I found -- much to my surprise -- that there is no previous approach like this.

Archaeologists have been so obsessed with "settlement patterns" that we haven't bothered to define the concept of settlement. And archaeological settlement pattern research is divided into two camps: work on hunter-gatherers, and work on sedentary agricultural societies. Each camp analyzes things differently and pays little or no attention to the other camp. For the most part, this is fine. The settlements and settlement dynamics of hunter-gatherers are very different from those of sedentary agrarian societies, and they require different concepts, methods, and theories. But without a comprehensive approach, how would we know whether or not there are continuities and regularities of human settlements that cut across the hunter-gatherer / agrarian divide?


The basic messages of this blog are that "urban" settlements around the world and through history share many features, and that many things we may describe as "urban" in fact are found in non-urban settlements. The existence of neighborhoods is one of the obvious examples (see my prior post on this, or "cities of tipis?",or check out the article, Smith et al. 2015). My neighborhood research shows that the seasonal aggregation sites of some nomadic hunting peoples are organized into neighborhoods. This research provides some basis for integrating hunter-gatherer and agrarian settlements into a common framework, but it is not a very general approach. 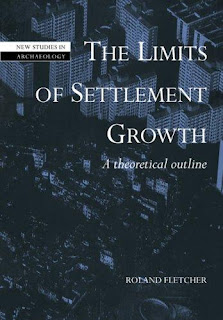 So where is the comprehensive theoretical approach that can analyze human settlements from nomadic campsites to modern cities? The closest thing I could find is Roland Fletcher's work on the limits of settlement growth (Fletcher 1995). I admire this work very much. Fletcher analyzes some of the negative consequences of the growing sizes and densities of settlement. But there are also positive consequences of settlement size that he does not analyze, and his work is too limited to be considered a general "science of human settlements" (and he, like most of the authors I've been checking yesterday and today, fails to provide a basic definition of "a settlement"). I also looked at the field of settlement geography. There are many models and data in this field, but nearly all of it ignores (or treats badly) non-agrarian settlement.

So it looks like our "social reactors" model of settlement scaling (Bettencourt 2013) may be the most comprehensive scientific approach yet to human settlement size and its consequences. Is that too grand a claim? Stay tuned: our publications will be appearing before long. And I'll have more to say here about settlement scaling and its place in the wide urban world. 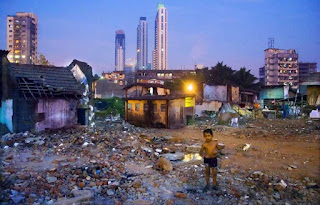 Reconstructing life in an ancient city 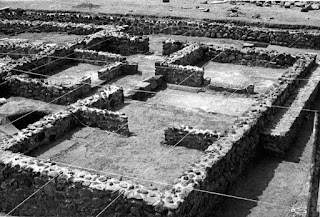 Teotihuacan shows off the best archaeological research in the two major approaches to fieldwork at ancient cities: monumental archaeology and social archaeology. Recent and continuing excavations of the main pyramids by my ASU colleague Saburo Sugiyama and by Mexican archaeologist Sergio Gómez are uncovering new information about the ancient religion and politics of the city. This is the monumental approach. I'll talk about this work in a future post.

And current work by David Carballo and Kenneth Hirth in the Tlajinga area of Teotihuacan showcases the advances and accomplishments of the social archaeology approach.

(((WONK ALERT !!!  I use the term "social archaeology" here to describe analyses of ancient social patterns using rigorous methods.  I do NOT use the term in its idiosyncratic postmodern definition that refers to subjective and speculative interpretations of the archaeological record, as exemplified by papers in the "Journal of Social Archaeology" and other works of that ilk. In my usage here, social archaeology focuses on excavation of houses and analyses of the conditions and activities of ancient households, especially non-elites. If you want to know why I don't like the alternative, postmodern meaning of "social archaeology" concept, see this post in Publishing Archaeology))) 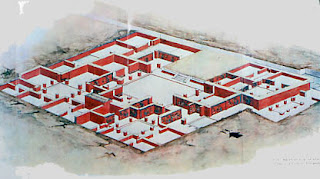 Here, I want to point to an excellent description of the current Tlajinga project that focuses on households and obsidian tool production in domestic contexts. Check out the new article, "Lessons from Teo," in the Boston University Research magazine. It is quite good! The artifact analyses of that project are being done in the ASU Teotihuacan Research Laboratory.  I wish we had more university PR departments that produce stories as intelligent, literate, and exciting as this one. My hat is tipped to David Carballo for telling the story of the Tlajinga excavations, and to the Boston University writing and filming crew for doing such a good job communicating that story. 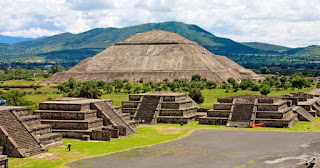 Posted by Michael E. Smith at 7:24 PM No comments:

Email ThisBlogThis!Share to TwitterShare to FacebookShare to Pinterest
Labels: Daily life, Teotihuacan
Newer Posts Older Posts Home
Subscribe to: Posts (Atom)
"Wide Urban World" is a blog about cities as viewed from a broad historical and comparative perspective. As Winston Churchill said, "The farther back we look, the farther ahead we can see."