See the Teotihuacan exhibit at ASU! 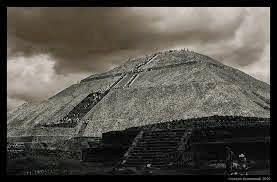 There is only about a week left before the Teotihuacan exhibit at the Museum of Anthropology at Arizona State University closes! If you can't make it in, then check out this video. It was made for an online world history class at ASU, taught by Rebecca Andersen, and it shows most of the museum exhibit:

Posted by Michael E. Smith at 7:57 PM No comments:

The one percent and the ninety-nine percent in ancient cities 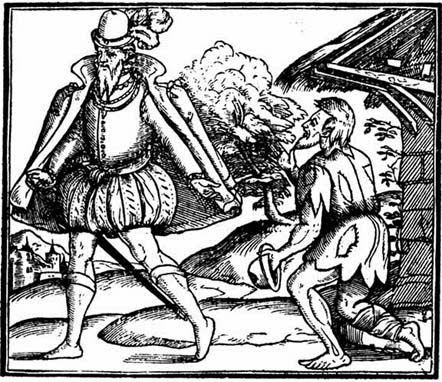 What was the level of social inequality in ancient cities? Were these places of luxury and misery, where wealthy elite neighborhoods were separated from squalid slums? Or did the economic activity of cities help everyone achieve a reasonable quality of life? For a number of reasons, it is difficult to answer these questions clearly and simply. Ancient cities varied greatly in their extent and nature of social inequality. Furthermore, there have been very few rigorous analyses of inequality in individual ancient cities, and even fewer comparisons among cities in different regions and in different time periods.

I've been working on this topic lately, and here are some thoughts on ways we can look at ancient inequality. I'll outline two perspectives on wealth inequality in ancient cities. One focuses on elite-commoner differences, and the other on quantifying the level or extent of inequality (irrespective of social class).

Bruce Trigger's (2003) massive volume, Understanding Ancient Civilizations, is probably the best book about ancient urban societies. In chapter 8, he points out features of inequality shared by many or most ancient states. First, the most important social division was between a small elite class and the mass of commoners:

“Usually this involved distinguishing an upper class, free commoners, and slaves. Since slaves, if any, tended to be few, the bulk of the population was divided into two groups: upper class and commoners.” (p.145)

“Inequality was regarded as a normal condition and injustice as a personal misfortune or even as an individual’s just deserts rather than as a social evil ... The general pervasiveness of inequality ensured that its legitimacy went unquestioned.” (p. 142)

Some archaeologists have suggested that in a few ancient cities there was a "middle class" of people better-off than most commoners, but not at the level of the elite. My answer to this idea is both yes and no. First, the negative reply. Given the limitations of archaeological data, it is rarely possible to show the clear presence of a middle group between the elite and the commoners. We need quantitative data to discuss this issue, and I haven't seen anyone who claims to have found an ancient "middle class" show the quantitative data to substantiate their claim.

Second, my positive reply is not precisely an agreement for the existence of a middle class. Rather, it is an acknowledgement that in any given case, inequality was much more complex and multi-stranded than a simple two-class model allows. Frannie Berdan and I explore this in a paper now under review (Smith & Berdan n.d.), where we apply Charles Tilly's (1998) model of "durable inequality" to the Aztecs. We use ethnohistoric data than archaeological data, and we find a variety of separate, yet linked, systems of inequality operating at various levels of Aztec society. There isn't a clear "middle class," but there are many more wealth and power categories than just the nobility and the commoners.


While that paper reveals a complex system of social inequality, my own archaeological data point pretty clearly to two very distinct social classes, elite and commoner. At Cuexcomate and other Aztec sites in the state of Morelos, commoner houses averaged around 25 square meters in size. Noble's houses were in the range of 400-500 square meters (with no "middle class" houses in the middle!), and royal palaces were over 6,000 square meters (Smith 2008:117). The houses of commoners and nobles were radically different, and there is no "middle" category of house size between the small commoner houses and the large noble residences. I presented these data many years ago (Smith 1992), but I am now writing a paper with my former student, Jan Olson, that shows how the people who lived in these two categories of residence used different kind of artifacts (Olson & Smith n.d.).

For Aztec society, both the archaeology and the ethnohistory describe the presence and importance of two major social classes, nobles and commoners. But the greater detail of the ethnohistory shows that this class distinction is only one part of a more complex and widespread system of durable social inequality.


How do ancient levels of inequality compare to the modern world? The elite-commoner perspective on ancient inequality isn't much help here. We don't have a hereditary nobility in the U.S. today, but we certainly have a significant level of (increasing) social inequality. One of the main techniques for comparing inequality levels is the Gini index. This measures the concentration of wealth (or income) among the members of a population. If everyone had an equal share of the wealth, the Gini index would be zero. If one person owned ALL of the wealth, the index would be 1.0. The Gini index in the U.S. today is between 0.4 and 0.5, depending on how it is calculated. The blue map shows the Gini indices for U.S. states.

The Gini index is very easy to calculate. The problem is getting a complete coverage of the population. If you can measure all of the houses in a settlement, and then assume that house size is a measure of wealth, it is possible to calculate the Gini index for that settlement. I just submitted paper to a journal, with several students, that calculates Gini indices for a number of Precolumbian communities in central Mexico (Smith et al. n.d.). I had published one set of these data years ago (Smith 1992), but for this paper we recalculated the house areas and also calculated the volume of the architecture for each structure. Nor surprisingly, the sites I mention above, with lots of small commoner houses and one or two large noble residences, have moderately high levels of inequality (Gini indices around 0.45). And a small village without any large houses has a very low Gini index (surprise, surprise), close to 0.10.

The Lorenz curve is a graphical presentation of the Gini index. If the distribution is equal (Gini=0), then the graph will lie along the diagonal. The greater the inequality, the more the graph of wealth will drop below the diagonal. In addition to getting a number of measures from Aztec sites in Morelos, we also calculate a Gini index for Teotihuacan, the huge Classic period urban center. We were quite surprised by the result, but I'm going to leave you guessing here.....

The study of wealth inequality in ancient cities is only just beginning. We need far more studies of the sizes of houses, the value of possessions, the types of grave goods, and other archaeological measure of wealth. And we need to devise and adapt more methods, like the Gini index, to explore such data. Ancient cities were not all the same. Some were more egalitarian in their distribution of wealth, while others were sharply divided with extremely wealthy nobles sharing the city with indigent paupers. Inequality was clearly a significant part of the Wide Urban World.

Milanovic, Branko  (2011)  The Haves and the Have-Nots: A Brief and Idiosyncratic History of Global Inequality. Basic Books, New York.

Email ThisBlogThis!Share to TwitterShare to FacebookShare to Pinterest
Labels: Elites, Inequality
Newer Posts Older Posts Home
Subscribe to: Posts (Atom)
"Wide Urban World" is a blog about cities as viewed from a broad historical and comparative perspective. As Winston Churchill said, "The farther back we look, the farther ahead we can see."