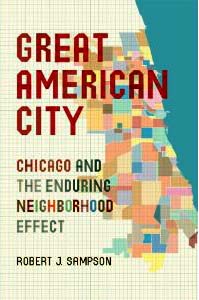 I just received Robert Sampson's new book on Chicago neighborhoods in the mail, and it got me thinking about some student archaeology projects in Chicago that I supervised years ago. Sampson's book synthesizes many years of research and technical publications, and it looks great. He argues for the importance of urban neighborhoods in understanding cities, poverty, crime, and urban life. Not only is Sampson one of the most prominent urban sociologists, but he also writes well. I'll blog about it here once I've had a chance to read the book. It is published by the University of Chicago Press, 2012.

Chicago is a great city for its distinctive neighborhoods, many based on variation in ethnicity, national origin, wealth, and social class. My first teaching position was at Loyola University of Chicago, and for a couple of years I sent students out to do research on modern material culture in Chicago. The students did the kind of research archaeologists normally do, but addressed at modern Chicago, not at ancient sites.

For example, archaeologists often compare different contexts (neighborhoods, or houses, or settlements) in terms of the kinds of material objects each had. These could be portable artifacts, or buildings or architectural spaces. We use the differences in artifacts between contexts to make inferences about social differences in the past. But do wealthy and poor neighborhoods really differ in their material remains? Archaeologists rely on knowledge of modern and recent contexts to generate analogies (formal comparisons) to interpret the past. We study these issues in modern contexts where we know both the material remains and their social significance, and then we apply that knowledge to the past. While it doesn't take a rocket scientist to figure out that rich and poor neighborhoods look different in their housing, their streets, and innumerable material measures, it is still useful to have firm data about how these relationships between artifacts and society work today, so that we can make better inferences about the distant past.

I wish I had kept better records about the student projects. I recall two projects where students selected an upper middle class neighborhood and a working class neighborhood and compared them systematically. One student was an ardent cyclist, and her project focused on bicycles parked at high schools in the two neighborhoods. Not surprisingly, one could predict the neighborhood on the basis of the types of bikes found at the schools. Another student, interested in gardening, looked at landscaping--the kinds of trees and bushes planted in the two neighborhoods (both in yards, and in public spaces). Again, the differences were clear. Actually, Robert Sampson carried out some generally similar research as part of his studies of Chicago neighborhoods, recording information about building types, trash in public places, graffiti, types of stores, and other observable traits of the urban build environment. He related those data to information on poverty, crime and social dynamics in various neighborhoods. Maybe he should be an archaeologist! If he ever gets tired of sociology, we can find things for him to do...... 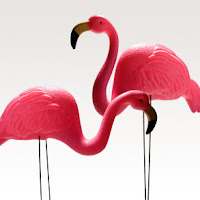 Another project I recall was done by a student who had a job working in the field house of a large public park. She rented out sports equipment and did other tasks relating to use of the park for sports activities. But in addition to the regular legal use of the park, there were quite a few unofficial, informal, and illegal activities going on. She did an archaeological survey, noting the presence and types of artifacts on the ground surface in different parts of the park (this was a survey WITHOUT artifact pick-up!). It turns out that the various informal activities were divided into separate areas, all out of sight behind vegetation and other features. Lovers used one part of the park (as evidenced by small foil packages), winos were in another area (bottles), and the junkies used a third place (needles). One issue in the use of space (in both modern and ancient cities) is whether activities are separated into specialized places, or whether they share common spaces, perhaps at different times. This project was called something like "Illicit activities in a Chicago city park." 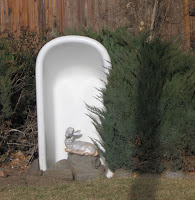 My favorite student project on Chicago material culture was a test of the hypothesis that lawn ornaments were associated with ethnicity. If you asked people in Chicago about who tended to have lots of lawn ornaments -- pink flamingos, blue balls, jockeys holding lanterns, upturned bathtubs with shrines -- the most common answer was that the Polish people had lots of ornaments. But the Poles said that the Italians or Mexicans were the ones with lots of junk on their lawns. The basic local story was that lawn ornamentation was associated with ethnicity. The student had seen a neighborhood where lots of houses had lots of lawn ornaments, so she set out to see if these were associated with a particular ethnic group. She got a list of names and addresses in this neighborhood (from a Democratic party worker), and used surname as a measure of ethnicity for each household. This was obviously a rough measure, but good enough for a student term paper. She also counted the lawn ornaments on each lawn, and made a map of the neighborhood showing the distribution of the numbers of ornaments (this student went on go get a Ph.D. in archaeology).

It turns out that the number of ornaments had nothing to do with ethnicity (in this neighborhood, at least). There was a hot spot on one street -- two houses, diagonally across from one another, had far more ornaments than anybody else. These two homeowners were in competition with one another, and they both went bonkers with more than 100 things in their front yards. But they clearly had an effect on their neighbors, because most yards on that one street had far more ornaments than elsewhere in the area. In fact, the map showed a steady decline in the frequency of ornaments as one moved away from the two top houses (a nice distance decay distribution, to be technical). So, in this one Chicago neighborhood, ethnicity had nothing to do with the frequency (or type) of lawn ornaments. Instead, two homeowners went nuts competing with one another for the gaudiest yard, and their neighbors joined in and put lots of things in their yards too.


So in this case, archaeological methods of studying the spatial and quantitative distributions of artifacts yielded information about modern society in Chicago. While archaeologists more commonly use insights from modern cities to interpret ancient cities, in this case archaeological methods from ancient cities contributed to our knowledge of modern cities. Research on past and present cities can be a two-way street.
Posted by Michael E. Smith at 3:29 PM 1 comment: 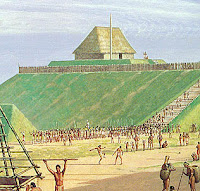 "America's Lost City" is the title of a very nice article on Cahokia in the NewsFocus section of Science Magazine (23 Dec, 2012). The article, by science writer Andrew Lawler, describes current archaeological research at Cahokia and related sites, and he interviews many of the relevant archaeologists(Lawler 2011). This is a great supplement and follow-up to my earlier post, "Cahokia: Native American Urban Center on the Mississippi." The experts interviewed by Lawler seem to agree that Cahokia was clearly an urban settlement. The fact that they make a big deal out of this issue suggests that there must still be those who doubt such a classification.

John Clark, a Mesoamericanist, notes, "If you found this [Cahokia] in the Mayan lowlands, there would be no doubt that this was a city. It would be in the top 10 of all Mesoamerican cities."  That is a good way to describe the situation. We know the Mayas and Aztecs built cities, and no one would question the urban status of this site if it were located in Mesoamerica. But since it is in North America, where ancient native societies have generally been viewed as "less complex" than their cousins to the south, people need more convincing that Cahokia was, indeed, a city. 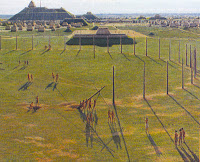 One interesting topic discussed by Lawler is population size. There are debates between archaeologists about whether Cahokia should be considered a single settlement within a larger area of many settlements, or whether the entire zone (east and west of the Mississippi River) should be considered a single dispersed settlement. To me, this is not a productive argument. How one classifies settlements depends on one's goals, and there is no absolute right or wrong answer here. For some purposes it is most useful to view Cahokia as a single settlement, and for other purposes it makes sense to consider the distribution of settlement over the entire area. But in discussing the issue, Lawler paraphrases Timothy Schilling as noting that Cahokia or the region "did not have the concentrated density of European of Mayan cities" (p.1622). I think he is wrong here, and that Cahokia probably had a higher population density than Maya cities.

The high density of Maya regional populations (how many people lived on the landscape, whether in large or small settlements) is one of the remarkable features of ancient Maya society. I'd be interested to see how Cahokia fits in comparison with these figures. But in any case, there is no doubt that Cahokia was an urban settlement.

For more discussion of some of the issues of how archaeologists (and others) define cities, see some of my prior posts, What is a City? Definitions of the Urban, or Defining Cities and Urbanism (again).

Posted by Michael E. Smith at 2:18 PM No comments:

Email ThisBlogThis!Share to TwitterShare to FacebookShare to Pinterest
Labels: Ancient cities, Definitions, Population
Newer Posts Older Posts Home
Subscribe to: Posts (Atom)
"Wide Urban World" is a blog about cities as viewed from a broad historical and comparative perspective. As Winston Churchill said, "The farther back we look, the farther ahead we can see."