Resources on Teotihuacan (revised yet again) 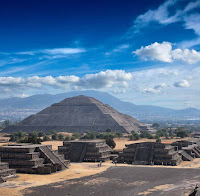 Teotihuacan was one of the major cities of the ancient world, and the available materials on the internet are scattered around. The Wikipedia entry is not very good. I have not seen a good bibliography of works for someone who wants to know about research at the site as written by the relevant archaeologists or good journalists. I am going to use this blog post to create a bibliography and guide to materials on Teotihuacan. It may take me a while to get it all together, so please check back periodically. If you have suggestions, please send them to me.

The Best Book on Teotihuacan !!! 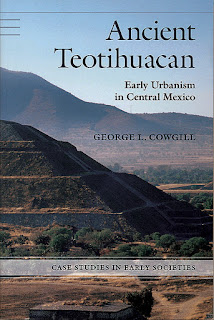 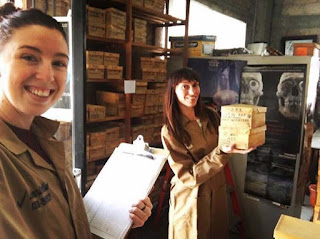 Check out our lab's website. In this photo, I am sitting in front of a wall of groundstone crates. It is an attractive backdrop, but I doubt our employee Oscar would agree (he is moving these crates around this week). 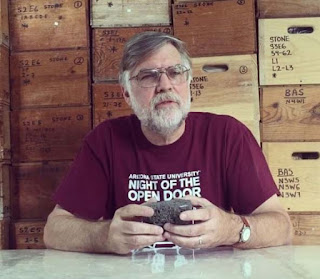 My paper in Slate:
“In this ancient city, even commoners lived in palaces:
https://slate.com/technology/2018/04/teotihuacn-the-ancient-city-upending-archaeologists-assumptions-about-wealth-inequality.html 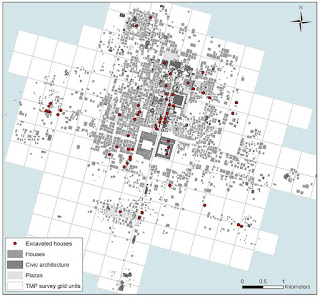 *** I have taken the liberty of posting the more relevant papers by Millon and Cowgill. If there is not a link, and you want a copy, please contact the article's author directly. 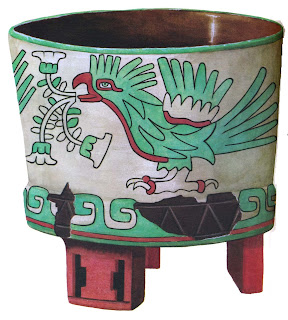 Aveni, Anthony F.
2005 Observations on the Pecked Designs and other Figures Carved on the South Platform of the Pyramid of the Sun at Teotihuacan. Journal for the History of Astronomy 36 (1): 31-47. 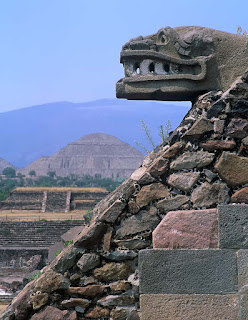 2013 The Social Organization of Craft Production and Interregional Exchange at Teotihuacan. In Merchants, Markets, and Exchange in the Pre-Columbian World, edited by Kenneth G. Hirth and Joanne Pillsbury, pp. 113-140. Dumbarton Oaks, Washington, DC.

Fash, William L, Jr., Alexandre Tokovinine, and Barbara W. Fash
2009 The House of New Fire at Teotihuacan and its Legacy in Mesoamerica. In The Art of Urbanism: How Mesoamerican Kingdoms Represented Themselves in Architecture and Imagery, edited by William L Fash, Jr. and Leonardo López Luján, pp. 201-229. Dumbarton Oaks, Washington, DC. 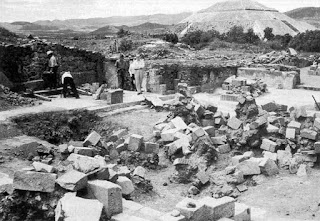 Helmke, Christophe and Jesper Nielsen
2013 The Writing on the Wall: A Paleographic Analysis of the Maya Texts of Tetitla, Teotihuacan. In The Maya in a Mesoamerican Context: Comparative Approaches to Maya Studies, edited by Jesper Nielsen and Christophe Helmke, pp. 123-166. Acta Mesoamericana, vol. 26. Verlag Anton Saurwein, Markt Schwaben. 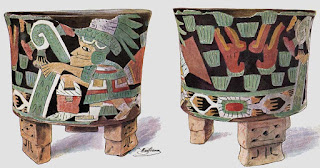 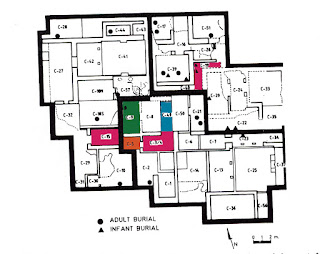 Storey, Rebecca
2006 Mortality Through Time in an Impoverished Residence of the Precolumbian City of Teotihuacan: A Paleodemographic View. In Urbanism in the Preindustrial World: Cross-Cultural Approaches, edited by Glenn R. Storey, pp. 277-294. University of Alabama Press, Tuscaloosa.

Taube, Karl A.
2011 Teotihuacan and the Development of Writing in Early Classic Central Mexico. In Their Way of Writing: Scripts, Signs, and Pictographies in Pre-Columbian America edited by Elizabeth H. Boone and Gary Urton, pp. 77-109. Dumbarton Oaks, Washington, DC. 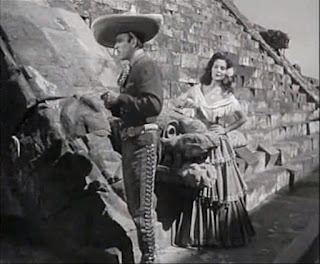 Some Books on Teotihuacan (a small sample...)

Smith, Michael E.
1975 Temples, Residences, and Artifacts at Classic Teotihuacan. Senior Honors Thesis, Department of Anthropology, Brandeis University.  *** HA HA HA, HOW DID THIS OLD THING GET INTO THE LIST ??? 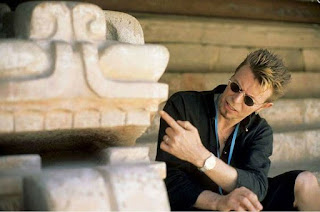 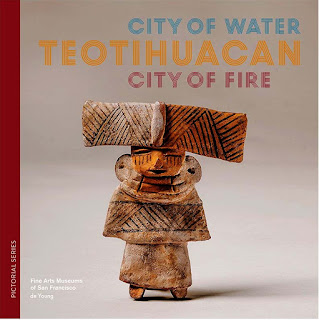 Posted by Michael E. Smith at 7:25 PM No comments: 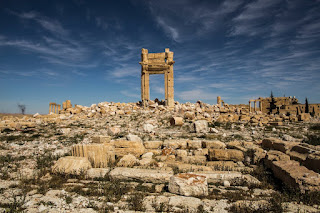 I go back and forth about the importance of defining cities and urbanism. Sometimes I think it is crucial to have a valid and useful definition, and I spend time talking or writing about definitions; other times, I get sick of it and try to avoid definitions—I just want to get on with the research. Of course, when I am in the latter mold, reviewers are sure to complain that I don’t define urbanism. So, I drag out some boilerplate text to insert into a manuscript and hope it doesn’t push the paper too far over the journal’s word limit. I can pull handy text and ideas from a bunch of my prior works, including these: (Smith 1989; Smith 2001; Smith 2002; Smith 2007; Smith 2008; Smith 2016).

Wow, my reaction in looking at that list of citations is, “Can’t Smith make up his mind?” I guess not. My 2011 post, “What is a city? Definitions of the Urban,” is still the most widely read post on this blog (probably from students writing papers for archaeology classes). I also discuss issues of definition in a number of other posts as well: 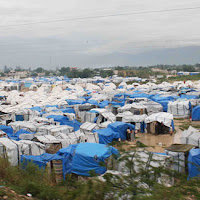 My views on this topic have changed considerably in the past few years, and it just occurred to me that I had not put them down in writing for a while. I started writing a new book this summer at UrbNet in Aarhus, Urban Life in the Distant Past: Archaeology and Comparative Urbanism, and the process of giving lectures and organizing the book outline required rethinking my approach to urbanism. I started writing with chapter 3, leaving the conceptual and definitional material to write later!

So, here are some of my current ideas about definitions of city and urban. I will organize my thought around four statements or propositions.

a.   Social life and society. This is a complex dimension that includes institutions, activities, and processes concerning life and social patterns within settlements. It includes things like social heterogeneity (wealth inequality, ethnicity, division of labor), households and neighborhoods, markets and workshops, and urban services. Here are two interesting things about this domain. First, none of these things are exclusively “urban” traits that occur only in cities and not in villages or rural areas (see more below). Second, the variation among settlements is so great that I can point to only a very small number of urban universals, or features found in all cities, ancient and modern. I’ve talked about these universals on and off in this blog; one of them is neighborhood organization. 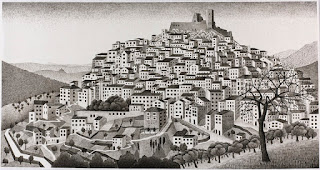 b.   City size and population. This domain includes the areal extent of settlements, their population, and density. Large, and/or dense, populations in settlements, have profound social impacts, as analyzed by Roland Fletcher (1995), me (Smith 2018), and others (e.g., Bettencourt 2013). 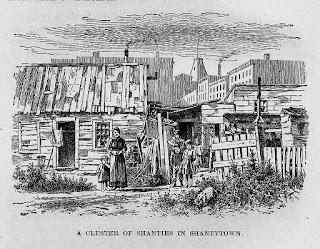 2. Other dimensions of settlements cut across these three. They play important roles, but they have less causal impact than the three primary dimensions:

a.   The built environment
b.   Urban meanings
c.   Urban growth

3. Definitions are tools; their usefulness depends on one’s questions, goals, and interests.

a.   There is no single, “best” definition of city, urbanism, or any social phenomenon. Definitions are tools that allow scholars to accomplish intellectual goals; they are not meant to capture the “essence” or most important features of a phenomenon. (The use of definitions in everyday discourse, or in writing for the public, is somewhat different, a topic I will leave for later).
b.   Standard definitions for premodern cities differ in their emphasis on the primary urban dimensions. As I cover in my 2011 blog post (and will not repeat here), two definitions are most common and most useful in discussions of premodern cities:
i.    Louis Wirth’s sociological definition. “For sociological purposes a city may be defined as a relatively large, dense, and permanent settlement of socially heterogeneous individuals.” (Wirth 1938:8)
ii.    Functional definition. A city is a central place; that is, it is a settlement that provides goods and services for a hinterland that extends beyond the city itself. (Fox 1977; Trigger 1972)
**    Although I have argued in various publications that one or the other of these provides the best definition for archaeology, I now realize I was epistemologically mistaken. Read my lips: There is no “best” definition. (A challenge: can you find the publication where I argue for Wirth’s definition and disparage the functional definition? Ah, the follies of youth!)
c.   If you really need a single definition of city/urban, how about this underwhelming concept: An urban settlement is one that has reached a high level on one or more of the three major dimensions of urbanism. Is that vague enough? Do you sense my ambivalence about definitions? Read on. 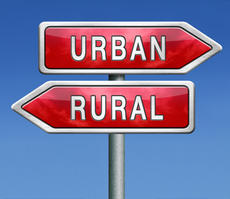 a.   Settlements—places where people live—are empirical phenomena that exist in the world. They have measurable attributes that we can study. In contrast, “city” and “urban” are concepts or categories that depend on one’s goals and definitions. Our understanding will be greatly improved if we focus on settlements, not on cities or urbanism.
b.   When one analyzes settlements using the primary dimensions, definitions of city and urban just get in the way. This is because many “urban” phenomena (e.g., high density, a division of labor, or place-based social complexity) can also be important in small and non-urban settlements. One of the profound and exciting results of the settlement scaling research of the Social Reactors Project (see our website for citations and papers) is that we have shown—quantitatively and with rigor—that this assertion is correct. The same, or very similar, socially transformative attributes of settlement size are fond in contemporary urban systems, ancient urban systems, and village (non-state) settlement systems. These findings do not rely in any way upon defining city or urban; they are empirical results of quantitative analyses of settlements. 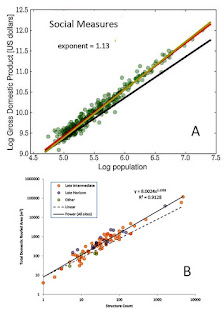 I should probably publish an expanded version of this as a journal article.

EXTRA CREDIT, #1: Name the artist of the city on a hill image.

Email ThisBlogThis!Share to TwitterShare to FacebookShare to Pinterest
Labels: Definitions
Newer Posts Older Posts Home
Subscribe to: Posts (Atom)
"Wide Urban World" is a blog about cities as viewed from a broad historical and comparative perspective. As Winston Churchill said, "The farther back we look, the farther ahead we can see."