Most cities today have streets. Indeed, it is difficult to imagine a city not having any streets. If you have driven on some of the muddy tracks called streets in shantytowns in the developing world (as I have many times in Mexico), you may wonder whether "street" is an appropriate label for these lanes. But can there be cities that lack streets? In the ancient world, street-less cities are actually quite common. Most of the cities in ancient Mesoamerica, where I work, did not have streets. People walked on paths, and there were no wheeled vehicles. These were cities without streets, cities without cars.

Some ancient Maya cities did have constructed roads or causeways between sectors of the sity, used for ceremonial processions (and probably mundane foot traffic as well). But no vehicles drove on these roads, that are called sacbes in Maya. Even cities built with an orthogonal layout, such as Teotihuacan and Tenochtitlan, had very few streets. Teotihuacan had ONE street, known informally as the Street of the Dead. The island city of Tenochtitlan had causeways to the shores of the lake, and these fed into streets that led to the center of town. Such streets followed canals, and the orthogonal layout of this city, "Venice of the New World," was due more to canals than to streets.

While streets serve as place for walking,  and as connectors within the city, the main reason for the existence of streets in cities is to accommodate wheeled transport, whether ox-carts or automobiles. Chariot movement and other wheeled cart traffic in Pompeii was so extensive that the stone streets have deep wheel ruts. If wheeled transport was not important in a region, then the cities in that area don't have streets. This fits for ancient Mesoamerica and the Andes, and for much of sub-Saharan Africa. Inka cities are a partial exception. The Inka built an extensive road system for administration of their empire, and many of their cities had streets. But this is one of the few cases where urban streets developed prior to the introduction of wheeled transport. 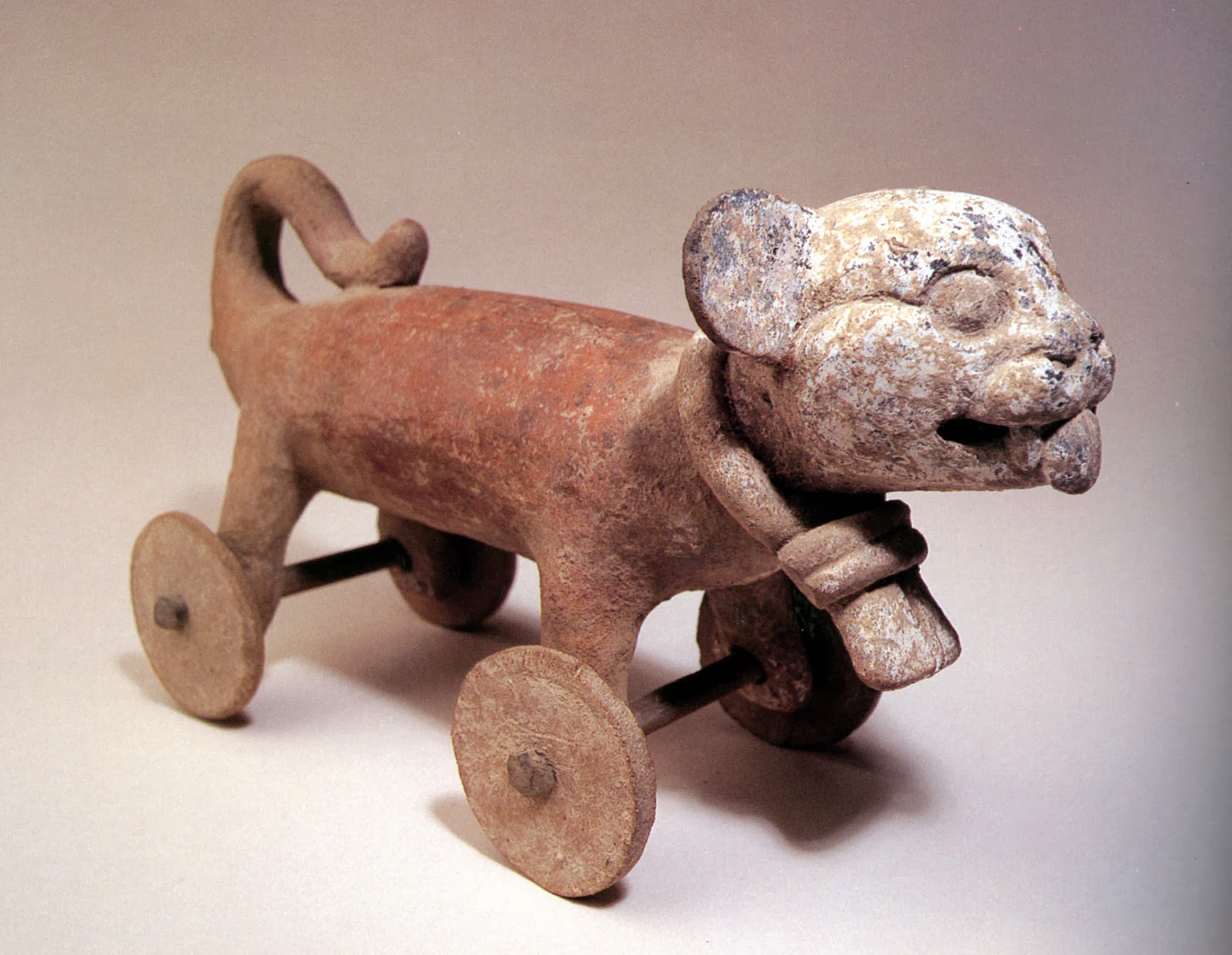 But why didn't the peoples of ancient Mesoamerica have wheeled transport? They had a vibrant commercial economy, with lots of long-distance trade, periodic marketplaces, and professional merchants. They had two types of money. But they didn't use wheeled carts. The surprising thing is that the Mesoamericans DID invent the wheel. They made wheeled toys - mostly small clay animals with holes in the legs for an axle and wheels. These were most abundant in sites of the Toltec period (AD 900-1100), including Tula in central Mexico. I recovered some of these wheels and one of the legs in my fieldwork in the Yautepec Valley (see the photo). 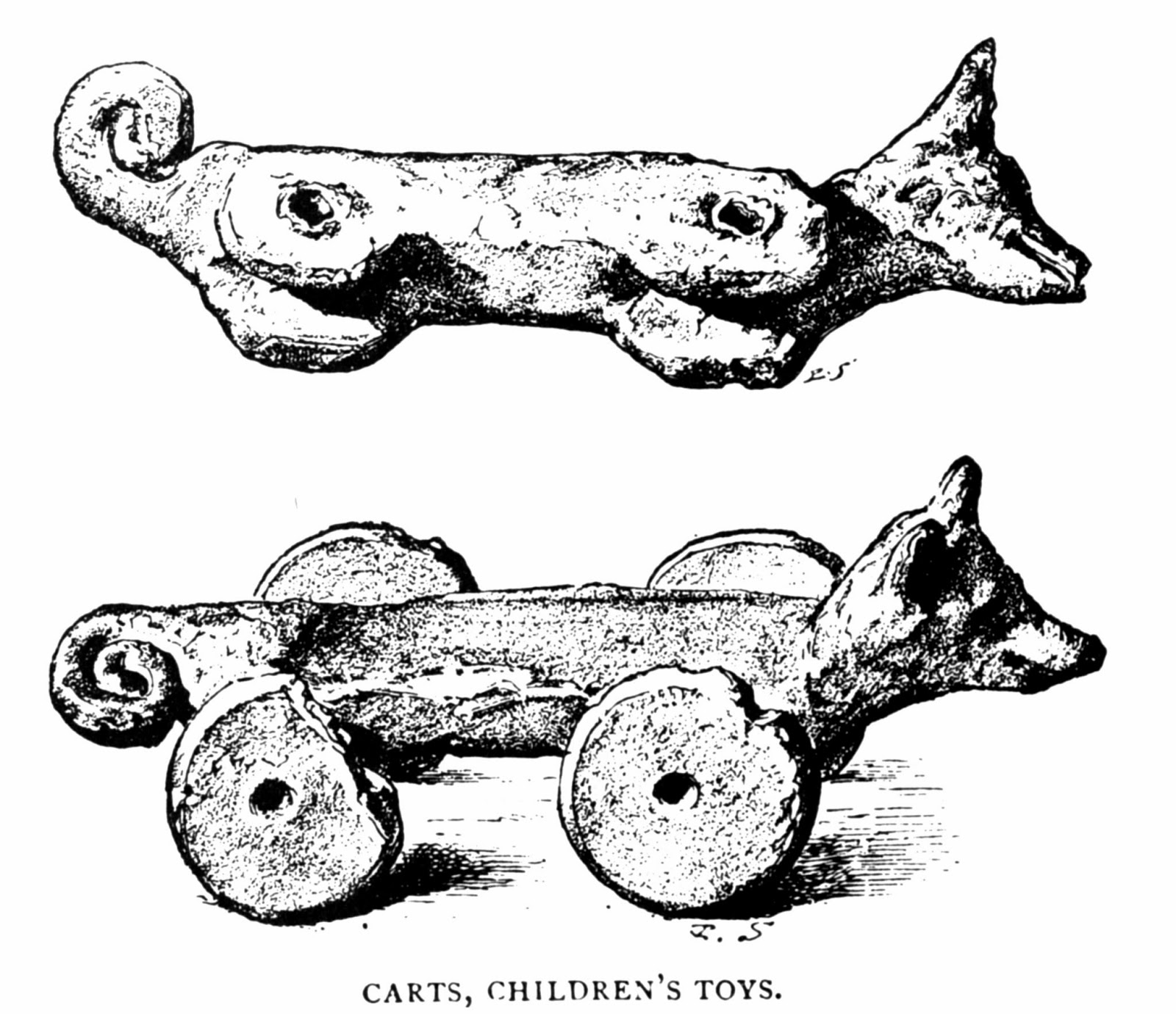 If they knew the concept of the wheel, and they had lots of things worth transporting, why didn't the ancient Mesoamericans build carts? Two answers are usually given to this question. First, they lacked the appropriate draft animals. The major domesticated animals in Mesoamerica were the dog and the turkey. Turkeys don't make very good draft animals. And as anyone who ever tied up his or her dog to a wagon can attest, dogs aren't very good at pulling vehicles either. The second answer is that Mesoamerica consists mostly of rough, mountainous terrain. It would be costly and difficult to build the kinds of roads needed to move wheeled carts from one region to another. People carried burdens on their backs (using a tump-line that went across the forehead); indeed professional carriers were
common in and around Aztec cities.

Since I deal quite a bit with cities without streets, this limits some of the concepts and methods commonly applied to cities in the modern world. I can't trace precise travel routes, and I can't apply space-syntax models of urban street layouts. Thus just goes to show that the wide urban world has a great diversity of cities and urban places, and we can't judge that whole urban world from the kinds of cities we happen to build today. 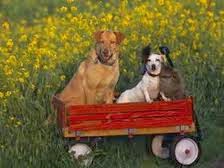 Some sources on Toltec wheeled toys: 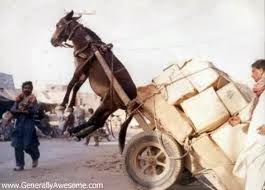